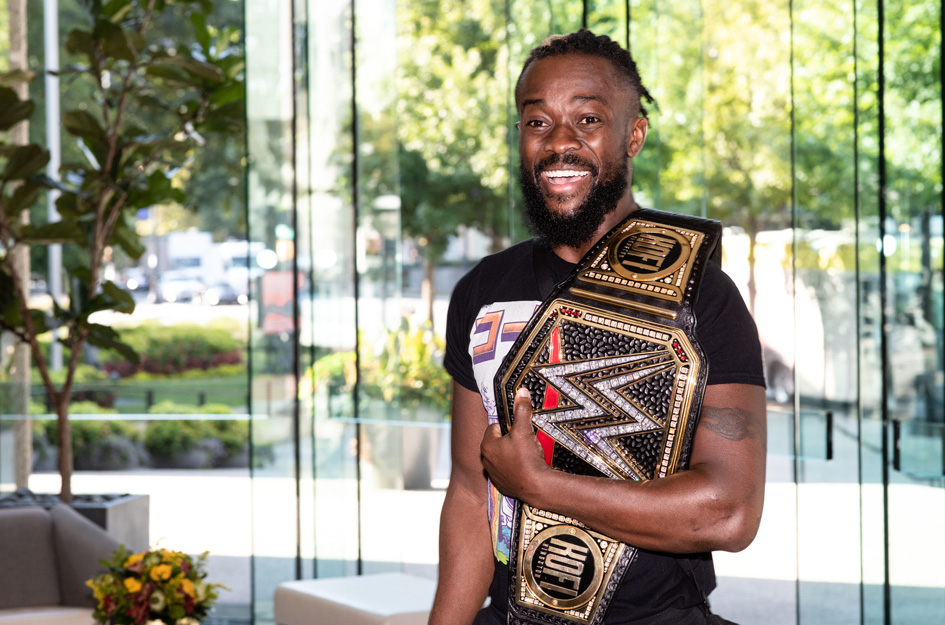 Kofi Kingston is speaking to young people in schools and Boys & Girls Clubs about how they can show tolerance and respect in their everyday lives.

Bullying happens to all types of people—even WWE Superstars like Kofi Kingston.

“The unfortunate thing about being a kid is that you’re surrounded by so many kids who are insecure, and from insecurity comes bullying, the need to lash out, the need to make someone feel less to make yourself feel better,” says WWE Superstar Kingston, who won the WWE Championship at WrestleMania in April 2019. “I was never one of those kids, but I did experience a little bit of bullying coming up.”


Growing up in the greater Boston area, Kingston attended his local Boys & Girls Club, which provided him with a safe space and a wide array of activities to which he says he would not have otherwise had access. It also allowed him to interact with caring adult mentors who looked out for him and his peers at the Club.

“The counselors, if they would see bullying going on, they would put an end to it. They would stop it right away and make you feel at home,” he says.

Boys & Girls Clubs of America and WWE have a multi-year national partnership aimed at enhancing youth development at local Clubs across the country, which aligns with WWE’s Be a STAR bullying prevention initiative. Kingston travels the country with fellow WWE Superstars, speaking to young people in schools and Boys & Girls Clubs about how they can show tolerance and respect in their everyday lives.

For Kingston, the most important thing to teach kids who are experiencing bullying is to have the courage to speak up. “Nobody should be treated poorly or badly, so don’t be afraid to let someone know when you’re not being treated the way that you should be,” he says. “People need to know that bullying is not cool, and it’s not okay, and the best way to do that is by telling an adult.”

Since more than 70 percent of young people report that they’ve witnessed bullying, it’s equally important to advise youth on what to do if they see someone being bullied.

“Don’t be a bystander,” Kingston says. “Don’t just do nothing and allow for someone to get bullied, because if you were in the same situation, you’d want someone to say something for you.”

In his 11 years with WWE, Kingston has learned that there is power and strength in standing out from a crowd.

Boys & Girls Clubs provides more than 4 million kids and teens a year with a safe place to learn, grow and succeed. Along with alumni like Kingston, the organization is working hard to put an end to bullying. Find out how you can help today!