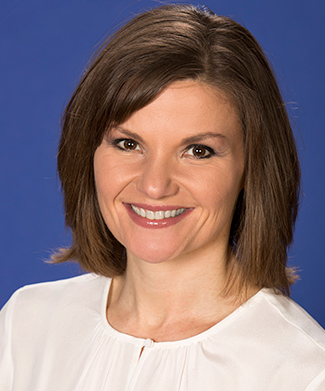 Julie serves as Chief Development & Public Affairs Officer at Boys & Girls Clubs of America (BGCA) and a key member of the executive leadership team. Julie is a highly respected leader in the public affairs arena, recognized for her expertise in developing and maintaining strategic relationships, partnerships, and engagement with global philanthropists, advocates, thought leaders, elected officials and media.

As a chief officer of BGCA, Julie leads all private and public sector revenue strategy, federal and state government relations, public policy and advocacy as well as national board recruitment and engagement. Julie’s bold and effective leadership style has redefined external affairs for the organization, launching new initiatives and refining and enhancing the hundred-year-old brand’s advocacy and engagement strategy. Julie oversees a team of more than 150 professionals across the U.S. and is currently leading a $1B private sector campaign to fuel the current strategic plan, Great Futures 2025, as well as the implementation of inaugural advocacy and public policy strategy.

Julie joined BGCA in 2012 and launched Great Futures: the Campaign for America’s Kids, an unprecedented impact, awareness and fundraising campaign to increase the level of service to kids and teens who need it most. Julie led the most successful fundraising campaign in BGCA history and under her leadership, BGCA doubled private sector revenue, and raised a total of $580M, surpassing the $450M campaign goal five months early. The campaign grew the donor base exponentially, launched integrated direct marketing, built the Alumni & Friends network, expanded cause-related marketing from $1M annually to over $25M and secured the organization’s largest gifts in history. As recognized in the Chronicle of Philanthropy in 2018, Julie also oversaw development and implementation of a new strategy that builds the fundraising capacity of local Boys & Girls Clubs. Through this focused approach, enterprise-wide revenue has grown from $1.5B in 2012 to over $2.2B to date, doubling giving from individuals and establishing comprehensive resource development strategies tailored to meet the needs of Clubs.

Additionally, Julie has grown government funding through innovative and sustainable strategies and oversees 47 state alliances, policy and advocacy. In 2018, Julie was appointed by President Donald J. Trump to the President’s Council for Sports, Fitness and Nutrition, charged with developing a national strategy to increase youth sports participation. She also serves as the staff lead to Jim Clark, BGCA Chief Executive Officer, who serves on the President’s American Workforce Policy Advisory Board. In late 2019, Julie publicly launched BGCA’s first enterprise-wide advocacy platform, the Agenda for America’s Youth, which will be recognized with the Innovation Award by the Public Affairs Council in February 2020. She also designed the strategy of The Youth Workforce Readiness Act, BGCA’s first federal inspired legislation formally introduced with bipartisan, bicameral support in Congress in late 2019.

Prior to BGCA, Julie was Vice President of Development for Susan G. Komen for the Cure, serving as the national organization’s top fundraiser. Her strategic revenue decisions on growth and cultivation of donor funds helped to drive the organization toward significant milestones, including recruiting the inaugural board of directors to launch their highly successful Advocacy Alliance, development of their first major gift and donor recognition program, and the launch of their signature benefit event at the Kennedy Center in Washington, D.C. Internationally, Julie was instrumental in the launch of Susan G. Komen for the Cure’s efforts in China, Israel and Egypt as well as helping spearhead the nation’s first global public private partnership addressing breast and cervical cancer in Africa with the George W. Bush Institute - Pink Ribbon Red Ribbon.

Julie began her career in public service as the youngest press secretary in the U.S. Senate at the age of 24. In addition to working as a senior advisor to the Republican National Committee and for U.S. Senator John Sununu (R-NH), she was executive director of the Bush-Cheney 2004 presidential campaign for New Hampshire and later, deputy national finance director and key strategist for Mitt Romney’s 2008 presidential campaign. Before the former Massachusetts governor’s bid for the presidency, Julie served as his political director and press secretary.

A native of East Lansing, Michigan, Julie earned a Bachelor of Arts from the University of Michigan at Ann Arbor. Julie resides with her husband and two sons in Atlanta, Georgia.

Boys & Girls Clubs of America is proud to be a national partner of the 2020 Census.

Clubs support military youth to be resilient- no matter what life throws at them.

Boys & Girls Clubs of America and Comcast are opening doors of opportunity for the 25 percent of youth who lack home access to broadband internet.